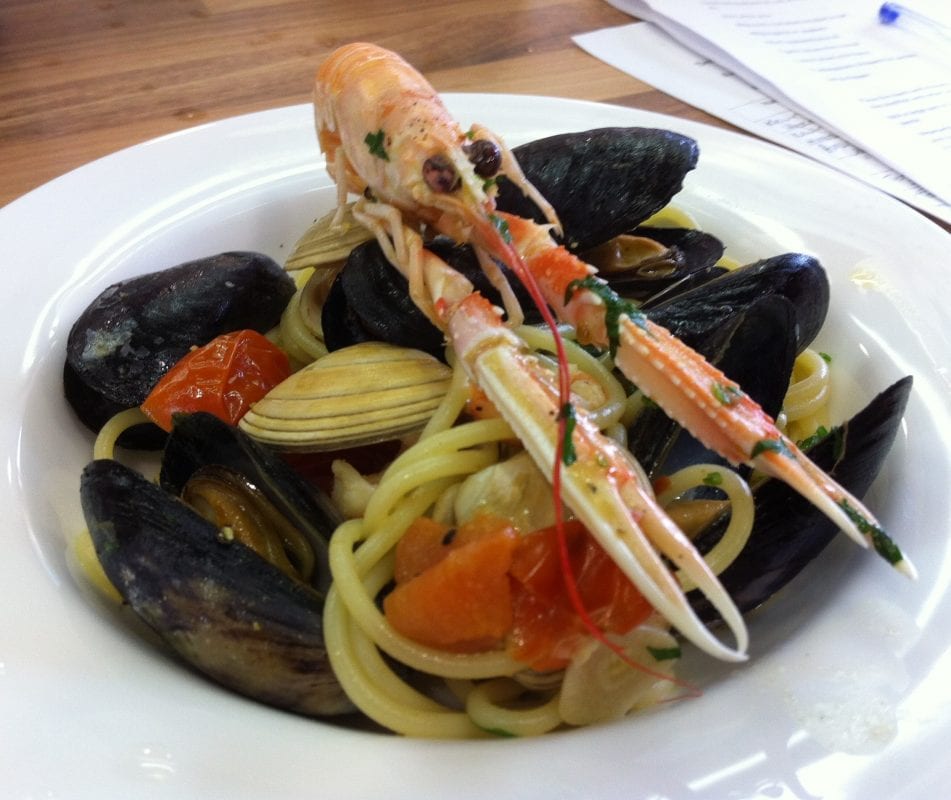 Step One – Get a nice big pot of salty water on the boil.

Step Two – Have all your delicious fruits of the sea set out. Clams & mussels rinsed, squid cleaned and sliced into thin rings & tentacles, fish cut into nice big chunks and seasoned with salt & pepper, prawns prepped (I like to pull any small legs and tentacles off the prawns so they don’t get too mixed into the final dish but leave them whole in the shell).

Step Three – In a large wide heavy pan add a good glug of olive oil and start to sweat off some thinly sliced garlic, chili flakes and some halved cherry tomatoes along with some salt & cracked pepper.

Step Four – Add your spaghetti to the boiling water and set your timer to the packet instructions.

Step Five – Lay in your seafood starting with the clams & mussels and give it all a good shake, followed by the fish, prawns and then squid. Take a ladle of the boiling pasta water and add it to the pan and cover. This should take about 8-10 minutes to cook just about when the spaghetti is cooked.

Step Six – Take the pasta straight from the pot into the seafood pan adding a bit more of the water to create a sauce if needed. Carefully fold the pasta and seafood together.

Step Six – Add some chopped fresh parsley to finish off the dish and serve in the middle of your table.